In August 2014, the renewed Blue Garden opened to a group of invited guests who came together to celebrate its rescue from the diminished condition in which it was found. Working with the Newport Tree Conservancy, the Blue Garden qualified as an accredited arboretum with the Morton Register of Arboreta. In 2018, a permanent conservation easement was placed on the Blue Garden property by the Aquidneck Land Trust.

Addressing an audience of preservation and horticultural leaders, Newport dignitaries, and the many craftspeople who played a role in rehabilitating the Blue Garden, Doug Reed, principal at Reed Hilderbrand Landscape Architecture, paid tribute to Dorrance Hamilton for her commitment to recapturing this notable component of both Newport’s and the nation’s cultural history. None of this retrieval would have occurred without her vision and generosity. With her sound preservation instincts and love of gardens she recognized the potential for enjoyment and education that this unique landscape from Newport’s past could bring to future generations. 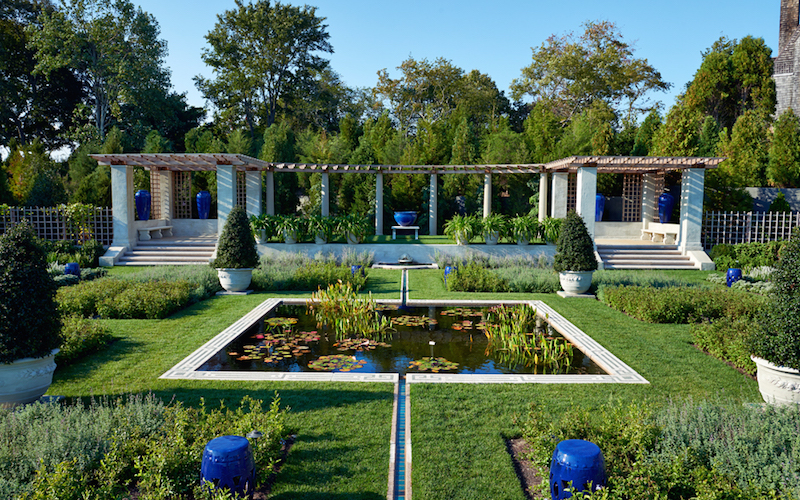 The south pergola, originally carved from ledge, is now framed with evergreen trees.

Several Olmsted planting plans revealed many diverse species to achieve an extended bloom period and a richness of blue, purple, and white hues as well as a variety of foliage textures. One question remained: How realistic was it to replant the Blue Garden interior as originally conceived, knowing that maintenance would be an on-going issue, and with the pressure of environmental responsibility? Exploration of various alternatives to the original planting scheme led to the decision to plant the garden in a way that recaptured the effect, but simplified the palette, and employed techniques to make the garden sustainable and maintainable. 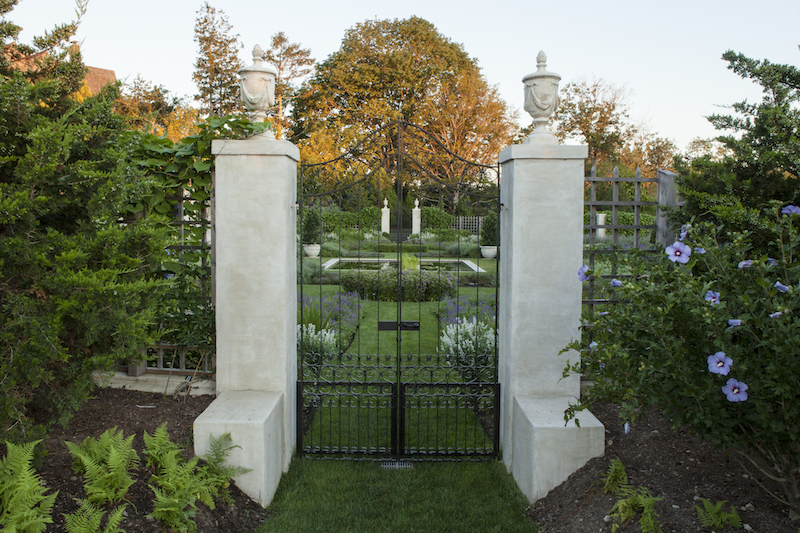 The 2014 plan utilizes fewer plant species grouped into the patterns of the original beds. A new model for plant selection was developed where dependability, drought tolerance, ease of maintenance, and longevity of bloom were factors of equal importance to the monochromatic hues and the interplay of textures.

Historic plans and photographs indicated a frame of trees and shrubs to enclose this hortus conclusus from the rest of the estate. Reed Hilderbrand worked with a palette of native species that included Juniperus virginiana, and Thuja occidentalis, two of the only native trees on the original plans. Ilex opaca, with its dark, glossy leaves, was chosen as a counterpoint to the varied greens of the evergreen frame.

The planting plans incorporated a number of drought-tolerant species that were planted in soils designed to limit the need for supplemental water. An irrigation system is used for the lawns and paths, and was installed throughout the perennial beds for use in the rare occasion of extensive drought. 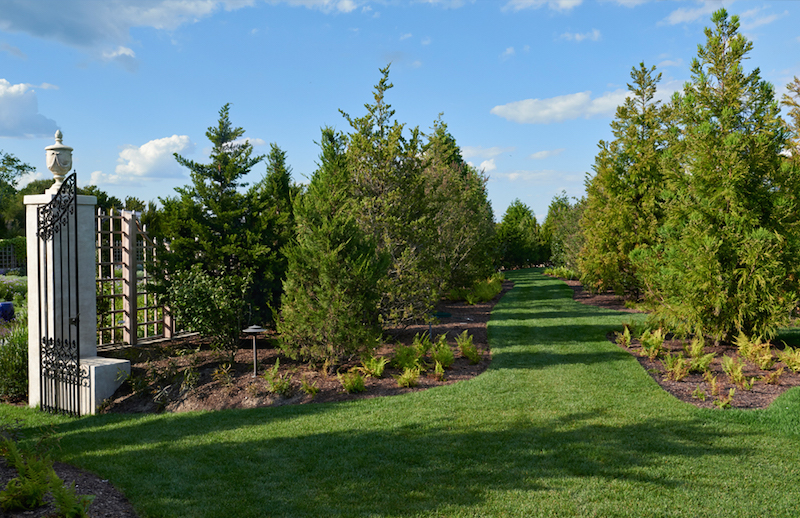 Lawn paths meander through the evergreen frame that encloses the garden. All photos 2014 © Millicent Harvey Photography, unless noted. 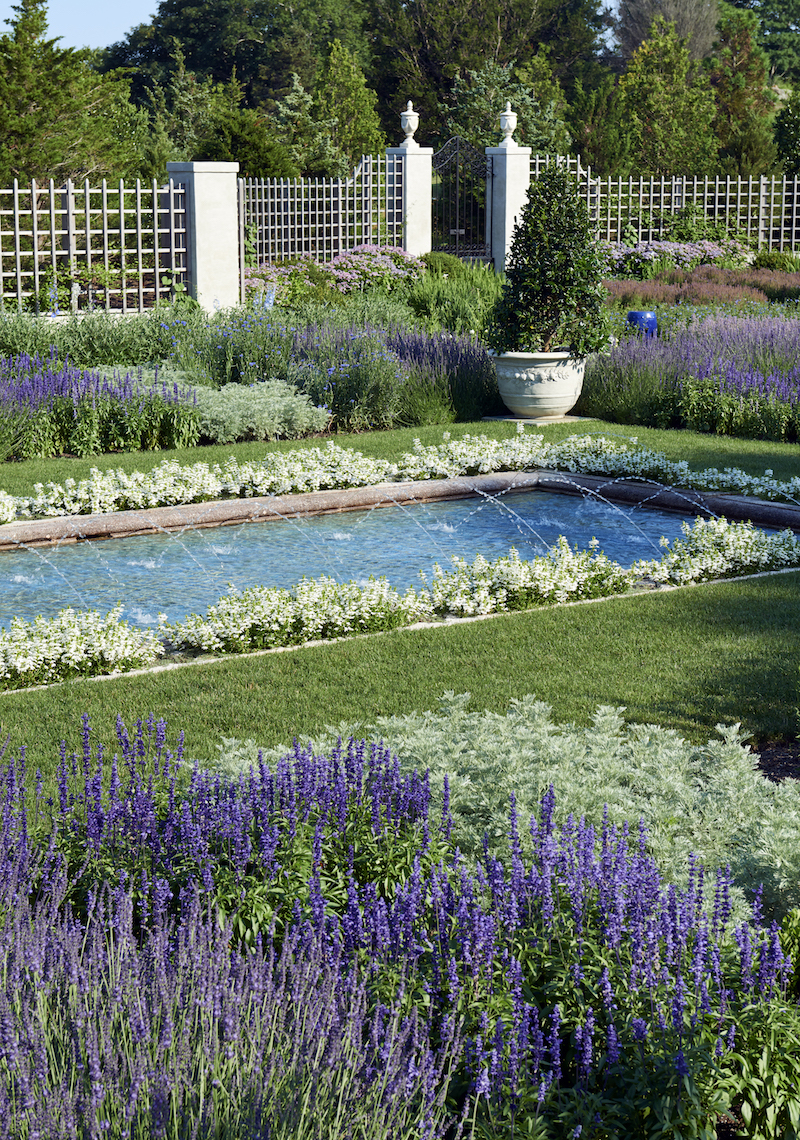 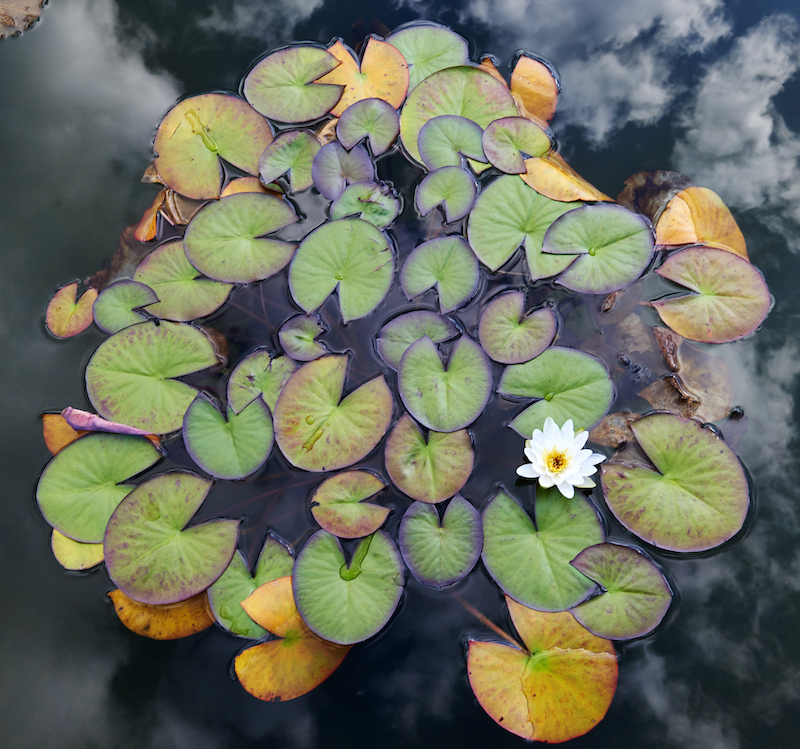 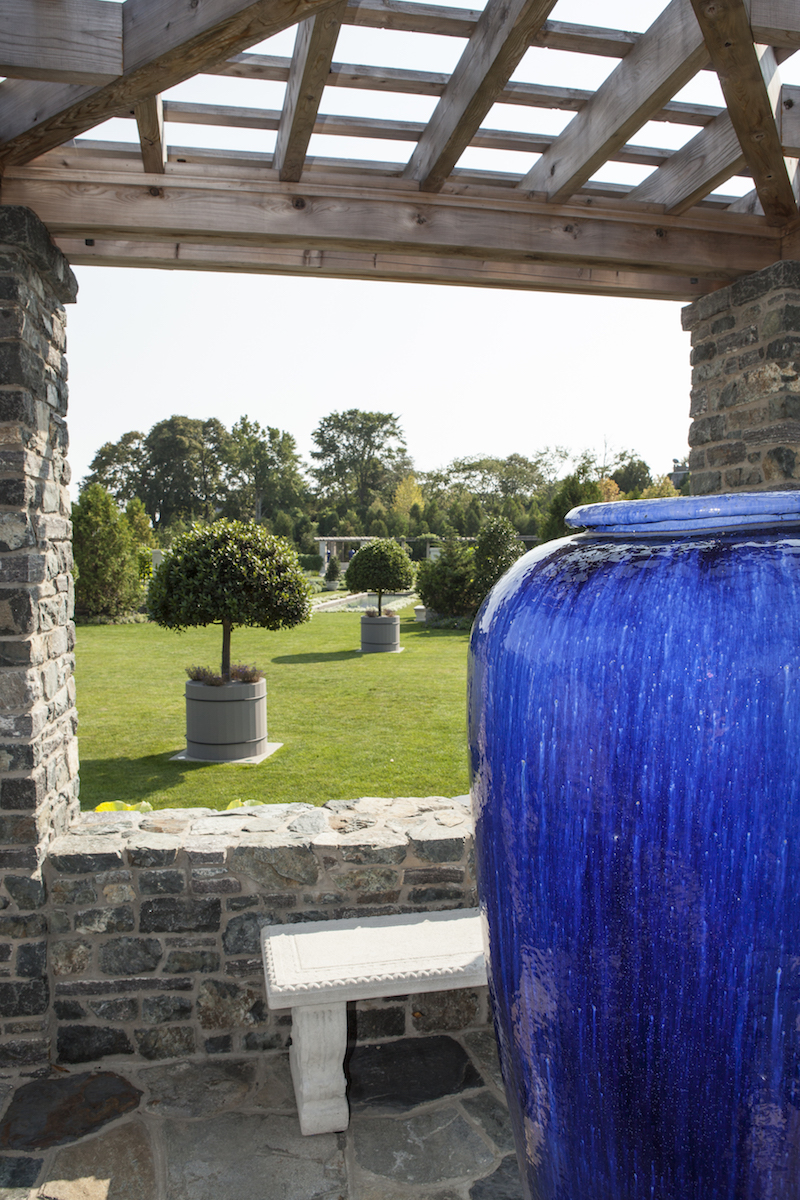